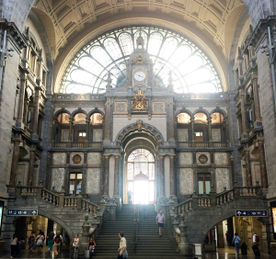 Antwerpen Centraal Station is the 5th busiest train station in Belgium. From 1873 until 2007 it was an end station for all trains, but on the 23rd March 2007 two tunnels were opened underneath the station and part of the city allowing trains to pass through Antwerp.

It was built by Louis Delacenserie in the eclectic style, inspired by the old station of Luzern and the Pantheon in Rome. The dome is the highest point and measures 75 meters. Since 1975 it has been declared a monument and restoration started in 1986 ending in 2007. The original glass roof was 43 m high, 186 m long and 66 m wide containing 10 end tracks.

MIGUA profiles were used in the platform hall and on the platforms on all floor levels. MIGUTAN was the ideal choice of profile to ensure optimal water proofing and freedom of movement. 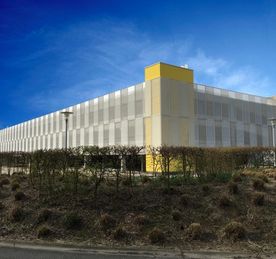 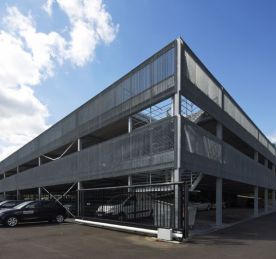 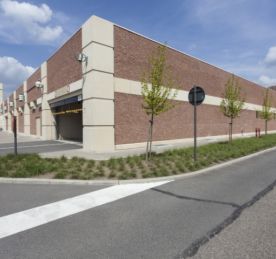 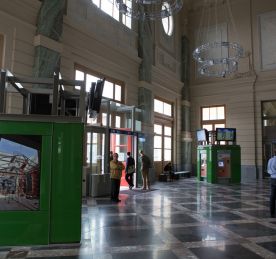 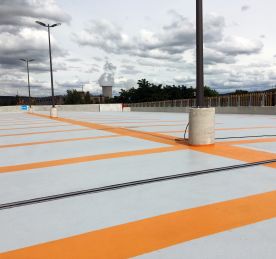 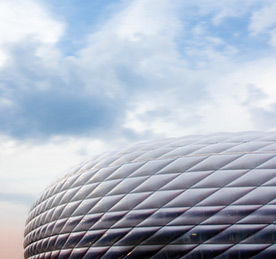 The Allianz Arena, a stadium which opened in 2005, is the home of the Munich clubs FC Bayern and TSV 1860 and has been designed as an arena purely for football. In less than three years construction time, an arena with a unique architecture has been created. To this day, the Allianz arena in Munich is said to be the most modern stadium of Europe. The overall investments for the project were 340 million Euro. The stadium offer 71,137 places, completely roofed over, to football fans, as well as gastronomic areas. The overall covered area is about 73,900 m² 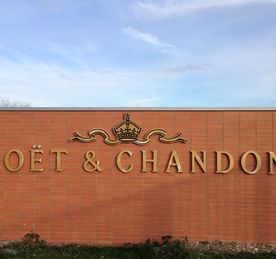 To meet the high demands of the special industrial trucks which transport the precious sparkling wine, our custom-built MIGUTRANS profiles STS ES 160/16 were being applied. This particular MIGUTRANS profiles are characterized by their extremely high point loads. 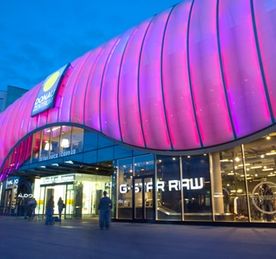 For the city of Vienna, the Donau island is a leisure paradise with a high recreational value. Also located here is the second-biggest shopping centre of Austria, the Donau Zentrum. With an overall shopping area of about 130,000 m² and more than 260 shops, the elegant centre offers an interesting mixture of international brands and local dealers. The architectural attraction is the impressive air cushion façade. Behind the air cushions, LED light strips have been placed and the outer foil has been printed white with a silk screen process. During the daytime, light gets through the façade unfiltered, with a partly transparent, partly printed foil, and creates a bright and comfortable atmosphere. In the evenings, the LED lights put the façade into the limelight in a spectacular way.

In the scope of our 360° services, MIGUA has delivered the complete installation services, apart from the timely delivery of the products. 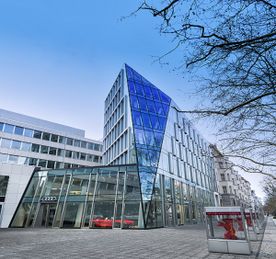 Audi is building its Berlin flagship store in the Adlershof. On the 25,000 m² estate between Rudower Chaussee and Ernst-Ruska-Ufer, the company invests about 30 million Euro. The first cut of the spade was made in June 2010. With selected guests, the third virtual showroom (after the showrooms in London and Peking) of the car manufacturer was opened. The "Cyberstore" does not have a lot to do with the popular online configurator. On floor-to-ceiling screens ("Powerwalls"), the customer can see, move and modify his dream car in 1:1 scale. There is a selection of fabrics, leather and materials available for this. On the first floor you can find 3D animations, complete with exhaust sound! And you can still enjoy a real-life test drive. The 375 square meter "Audi City" is linked to the Audi centre Charlottenburg. 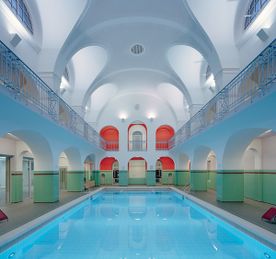 The original city bath of Gotha has been planned and build by the head of the municipal planning and building, Wilhelm Goette, between 1905 and 1909. On 17th April 2014, it was reopened with a celebration, after being renovated thoroughly by the architects Veauthier Meyer, and was extended to twice of its current size. Before the Europe-wide competition in the year 2007, the bath had been closed for more than 20 years.

The extension of the historic city bath has a distinctive but modest architecture. The new building parts are lined up like a string of pearls on the West and East part of the historic swimming hall. Like a corona, the new building parts are connected to the adjacent old parts, and in the middle part, clearly emphasized, are cubic areas which mark special functions. This enables the adjacent old façades to be highlighted within the context of the tightly grouped surrounding buildings and this gives a distinctive form to the new building. 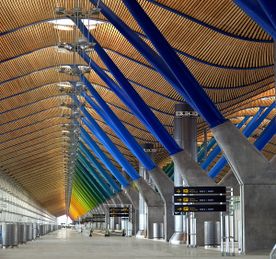 The passenger traffic of Barajas has increased continuously after the renovation in 1970. In 1960, it was 900,000 passengers whilst in 2007 the highest number that was reached was 52 million. On 4th July 2013, the airport celebrated its billionth passenger. 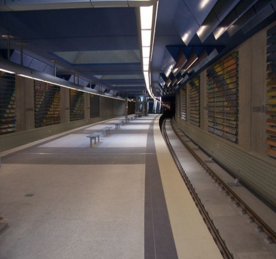 The construction works for the 187 long station started on June 28th 2005 and were executed in open design, with mixed-in-place-technique with subsequent closure of the excavation. A design competition was tendered by the design department of the Georg-Simon-Ohm High School which was won by the student Dong Guanni. With the help of the professors Ethelbert Hörmann and Ortwin Michl and the architect Werner Kittel of the Tiefbauamt Nürnberg (Civil Engineering Office), her design was realized, which reminds of the mirror manufacturing in Fürth.

Five light domes and the glass elevator provide the station with daylight which results in a bright and friendly atmosphere. The walls of the platform areas are not covered, in contrast to the mirror panels mounted, and the ceiling is painted blue. On the ceiling in the platform area, a folded structure with colourful patterns is installed, which reflects the incident light in the mirror panels. The viewer on the platform sees different colour patterns, depending on his point of view. 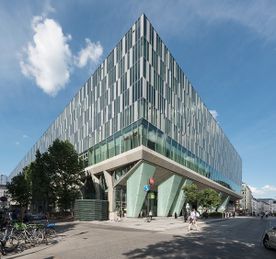 The new station "Wien Mitte" (Vienna Centre) has a gross floor area of 150,000 m² and a maximum height of about 70 m. A shopping centre with about 30,000 m² and office areas of about 62,000 m² are part of the complex with the pioneering architecture.

The shopping centre was opened in April 2013. With 50 shops, it's Vienna's biggest inner city shopping centre and is marketed under the name "The Mall". The new "Finanzzentrum Wien-Mitte" (finance centre of Vienna) is also located in this building, which concentrates the seven existing tax offices of Vienna in this location.

On the roof of "Wien Mitte", a solar power station was build, with 1,424 panels and about 3,100 m² collector surface. It's the fifth and so far biggest citizen solar power station in Vienna and has been put into operation on 2nd December 2013.
According to the latest customer traffic counting of the ÖBB, this station is the busiest in Austria.

Compared to the old Wembley Stadium, the new arena is twice as big and four times high. Instead of 39 steps, you now have to climb 107 steps form the field to reach the Royal Box.

The overall building costs (including financing and infrastructure) were, according to estimations, about 1.2 billion Euro.